5 Things You Should Know About The Bayou

When you think about the great coastal regions of the United States, there are two that usually come to mind: the storied and lighthouse-dotted Atlantic vistas of the Eastern coast and the evergreen, picturesque Pacific landscapes in the west. Those coasts are well travelled, well settled and well documented.

However, there's a third coast that doesn't garner quite as much attention, which makes it all the more intriguing: the southeastern United States' Gulf Coast.

With hundreds of miles of coastline traced by a sprawling system of lowlands and marshes, the Gulf Coast is more famously known as the bayou. 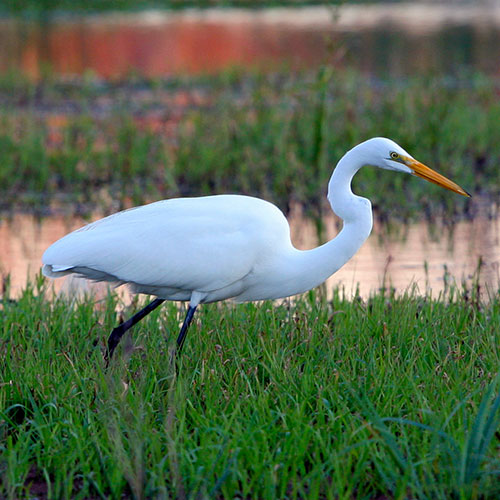 Can you say "bayuk"?

According to Merriam-Webster, "bayou" was derived from the Choctaw word "bayuk," meaning a slow-moving stream, and was first used in Louisiana.

From Choctaw, the Louisiana French changed the spelling to "bayouque" until the last syllable was dropped, leaving the iconic Louisiana-American term "bayou." In its current and modern form, a bayou is a slow-moving creek or stream that sluggishly snakes through a lowland marsh or swamp.

Alligators, turtles and snakes are stereotypical bayou residents. But the bayou and surrounding areas create a diverse ecosystem capable of supporting a wide variety of unique plants and animals.

Large birds like pelicans, egrets and herons, along with fish, bobcats and other mammals, both big and small, call the bayou home.

The flora is as interesting and varied as the fauna. Giant bald cypress trees with “knees” that squat above the water, join a lush assortment of reeds and flowers to complete the bayou's very distinct backdrop.

Not the only bayou in town 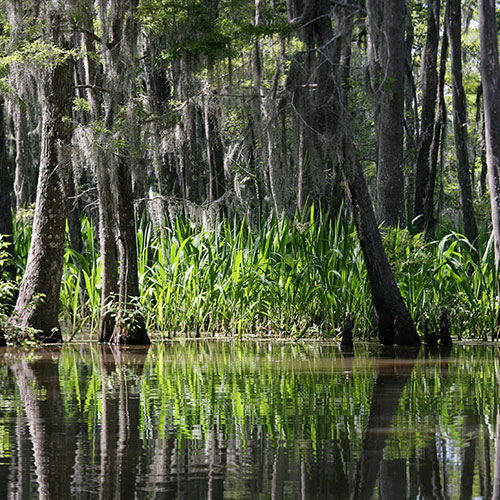 The term "bayou" conjures up powerful images: murky, muddy waters of the Louisiana swamp, the mouth of the mighty Mississippi and maybe even a favorite N’awlins tune.

Although the bayou proper has its center in the Pelican State, there are bayous all across the southeastern United States, spanning the Gulf Coast from Houston, Texas—all the way to southern Florida’s Everglades.

The Native American Choctaw tribe was there first, but the French-American Cajun/Creole culture associated with the bayou came with the French-Canadians when they fled Quebec to escape the tightening grip of British reign.

Since the 1760s, the bayou (specifically Louisiana) has been home to the Cajun and Creole patois, music and food have become synonymous with the bayou. Crawdads, anyone?

Now that's a lot of Bayou

Nearly as long as Louisiana, 380 miles, Bayou Bartholemew at about 367 miles long is the world's longest bayou and begins in Arkansas.

Bartholemew winds down from Pine Bluff in central Arkansas, through the Ouachita National Wildlife Refuge to flow into the Ouachita River in northern Louisiana.

So, whether you're a globetrotter looking for new places to explore or someone who appreciates learning about regional cultures, put the bayou on your radar. You’ll encounter some unique discoveries, while enjoying the distinct flavor of America’s South.

Earn 200 points when you join buddies! Enter your phone number and we’ll send a link

Earn 200 points when you join buddies! Select an option to download the app!

Say Hi to Your Partner in Pet Parenthood

Get tips and advice from a community of like-minded Pet Parents and trained pet buffs, earn rewards, and track your pal’s wellness — all in one convenient place. Learn More

Want to join Buddies? Enter your phone number and we’ll send a link!

Want to join Buddies? Select an option to download the app!